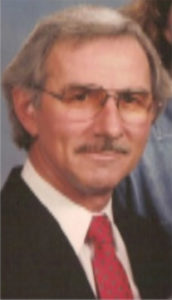 The Ed Kuntz Memorial Golf Tournament is an annual benefit for Hospice of Dickinson County, with proceeds directly going toward the care of local hospice patients. The tournament is in memory of longtime Abilene businessman and restaurateur Ed Kuntz.

Ed Kuntz was born and raised in Abilene, the son of Homer and Sarah Kuntz. Upon graduation from high school, he moved to Indiana to attend college and start a family. In 1978 he returned to his beloved hometown of Abilene, where he ran the A&W Drive-in with his wife, June.

For 23 years, Ed and June owned an operated A&W, as well as Mr. K’s Buckboard, Mr. K’s Farmhouse, and Mr. K’s Express. Outside of work, Ed was a dedicated father and church member. He was also known for his bass singing voice in his church quartet.

In 2000, Ed was diagnosed with a terminal brain tumor. He passed away eight months later. The Ed Kuntz Memorial Golf Tournament is a testament to Ed’s love for his community and his family’s appreciation for Home Health and Hospice care.

The tournament is a four-person scramble with a maximum of 16 teams.
Pay out 3 teams per flight
Ladies Only Flight – Minimum 4 teams, Pay out top 2 teams if minimum is met.
Mulligans for sale: 2 per side per team, 4 maximum per team – $5 each
There will be hole prizes on all 18 holes!

$75 per person, $65 bring own cart with all proceeds going to Hospice of Dickinson County.

Prizes and the famous ball drop will be given at the conclusion of the tournament.
Click here for 7th Annual Golf Ball Drop printable brochure.
A meal is provided after the tournament by the Kuntz family and Mr. K’s Farmhouse.

We hope you will consider sponsoring the Ed Kuntz Memorial Golf Tournament. All funds benefit Hospice patients and families in Dickinson County. Call us at (785) 263-6630 for more information about sponsorship. We appreciate your support!

All corporate sponsors will receive recognition in all print advertising and signage at the event. Additional benefits are listed below: